Sleep-Disordered Breathing: The Hidden Sleep Problem Linked With ADHD and Even Orthodontics 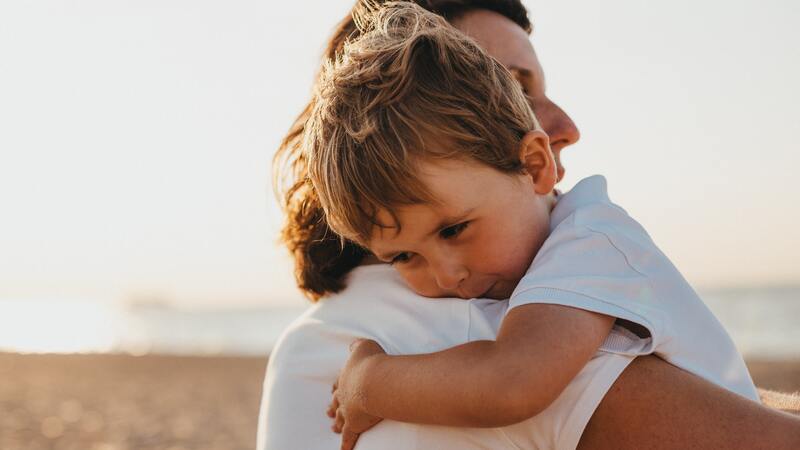 parents by Xavier Mouton is licensed under unsplash unsplash
If your kid still wakes up in the middle of the night or is irritable during the day, they may have an underlying breathing issue. Treatment can help them get the rest they need.
Vanessa Lutz, of Henderson, Nevada, grew concerned when her then 18-month-old son, Teddy, developed nasal congestion, severe nosebleeds, and dark circles under his eyes. The family tried solution after solution for years, including prescription allergy treatments, high-end air filters, and nasal rinses, but nothing helped. "Teddy came across as an angry and depressed individual, which is pretty sad considering he was 4," recalls Lutz. "He would say things like, 'I hate school. I don't want to go to school.' "
Half of all kids have some symptoms of sleep-disordered breathing.
Finally, a doctor connected Teddy's daytime symptoms with his frequent snoring and nighttime mouth breathing. They're signs of an under-the-radar sleep disorder associated with problems including depression, ADHD, obesity, and poor grades. Sleep-disordered breathing, as health professionals call it, is often the result of underlying mouth, jaw, and throat problems created by a narrow airway.
"Half of all kids have some symptoms of sleep-disordered breathing"
The condition is more common than parents might suspect. About half of all kids experience at least some symptoms, which typically appear between ages 4 and 8. And while some children may be going undiagnosed, the disorder is gaining attention from doctors, speech pathologists, and dentists, who are zeroing in on strategies to manage or even prevent the problem.

Signs of Sleep-Disordered Breathing in Children

Research shows that half of all parents think a child's snoring is harmless, even a tip-off that they're sleeping soundly. But it's actually a red flag, says Parents advisor Judith Owens, M.D., director of sleep medicine at Boston Children's Hospital. "The louder the snoring is, the more concerned we are," she says. "If your child snores three times a week, even without any other symptoms, they need an evaluation."
Snoring is a signal of a breathing problem that can stem from multiple causes: the length of a child's jaw and width of their palate; the shape of the skull; or congestion in the nose and upper airway, which is commonly due to oversize tonsils and adenoids. Often, kids experience a combination of factors. At night, when kids lie down and their throat muscles relax, the airway narrows. Of particular concern are gasping, snorting, and choking noises, or working hard to breathe, says Stephen Sheldon, D.O., director of the sleep medicine center at Ann & Robert H. Lurie Children's Hospital of Chicago. These are signs of sleep apnea, when breathing is repeatedly blocked or partially blocked for a split second and then starts again. When Teddy was 4 years old, a test confirmed he had sleep apnea. He had his tonsils and adenoids removed to create more space in the airway. (That's the main reason kids get their tonsils out these days. Imagine trying to drink a thick milkshake—it's much easier to draw the liquid through a wider straw.) Shortly after surgery, his sleep, mood, and behavior turned around. "You could see things clicking for him," Lutz recalls. "His love of art grew, he fidgeted less, and he had more energy for activities." Unfortunately, his adenoids and tonsils regrew and he had to undergo another surgery. He now uses a CPAP machine to help manage his sleep apnea.
Nolan Knepper, of Cheyenne, Wyoming, also had his tonsils and adenoids removed when he was 4 to create more space in his narrow airway. But his severe, year-round allergies and asthma have still been hard to manage. Now 11, he struggles with sleep and is irritable in the morning and wired in the afternoon. "It's like waking the dead to get him up, but by the afternoon, his energy is on overdrive and sometimes he's bouncing off the walls," says Nolan's mom, Ciara. Dr. Owens points out that hyperactivity is another common sign of poor sleep in children, noting that up to 60 percent of kids with ADHD have trouble getting a good night's rest. Still, many parents are surprised by the connection. Says Dr. Owens, "Hyperactivity, large tonsils, allergies, asthma, and being overweight are red flags that a sleep disorder may be affecting a child's behavior."
If you notice any of these issues, discuss them with your child's pediatrician and ask for a referral to a specialist, whether it's a sleep expert; an ear, nose, and throat doctor; or a dental professional familiar with the sleep-mouth connection.
parents by Xavier Mouton is licensed under unsplash unsplash

Read our latest news on any of these social networks!

Get Our Monthly Newsletter and Important Updates

We will send you breaking news right to your inbox

What Are the Advantages of Nose Breathing Vs. Mouth Breathing?

10 Ways to Treat Your Fascia: Lose Pain and Cellulite