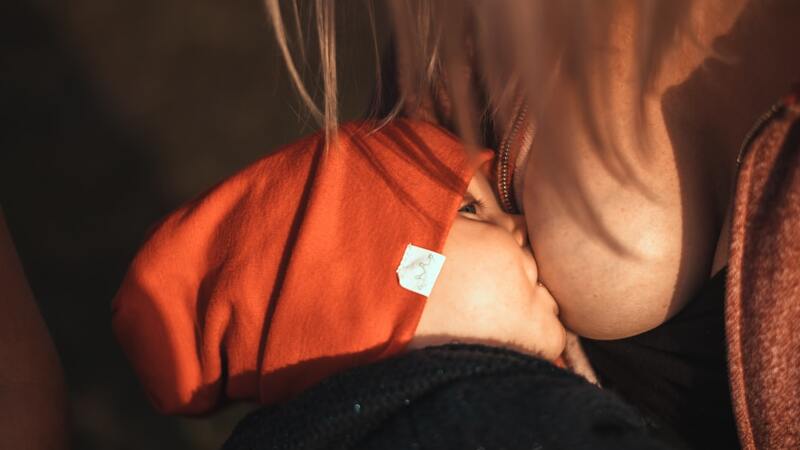 For the first time in a decade, The American Academy of Pediatrics (AAP) has updated their guidance on breastfeeding. In a new policy statement, the organization continues to recommend exclusive breastfeeding for up to 6 months of age (unchanged from their 2012 guidelines), but newly supports continuing to breastfeed for two years or more, “as mutually desired by mother and child.”
On an empathetic note, AAP also recognizes that more social and workplace support is needed to make that happen—and that pediatricians can play a key role in advocating for better policies for breastfeeding parents.
​​“We need societal changes that will help to support this, such as paid leave, more support for breastfeeding in public and child care facilities and workplace support,” says Joan Younger Meek, MD, MS, RD, FAAP, FABM, IBCLC, lead author of the new recommendations, to The New York Times.
Previous guidelines suggested that breastfeeding should be continued for one year or longer. The new recommendations for longer breastfeeding are in line with those of the American Academy of Family Physicians and Canadian Paediatric Society, and the shift comes as a result of recent evidence showing more benefits from longer breastfeeding not just for the baby—but also for the mother.

Benefits of breastfeeding longer than 2 years


“Human milk is all a baby needs for the first six months of life,” says Dr. Meek in a statement. “Breast milk is unique in its nutrients and protective effects, and really quite remarkable when you look at what it does for a child’s developing immune system.”
But in the second year of a baby’s life, early data show that breast milk continues to be a major source of macronutrients and immunologic factors, helping toddlers’ immune development.
Children who were breastfed tend to have fewer illnesses in general, including lower rates of ear infections, severe diarrhea, lower respiratory illnesses, sudden infant death syndrome (SIDS), inflammatory bowel disease (IBD), childhood leukemia, diabetes, obesity, asthma and atopic dermatitis.
Related: Any amount of breastfeeding for 2 months can cut SIDS risk in half
Studies also reveal that breastfeeding beyond one year has big benefits for mothers, too, in terms of decreasing the risk of type 2 diabetes, high blood pressure, breast cancer and ovarian cancer.
“In the medical community, there has often been this tendency to support breastfeeding up until a child’s first birthday,” Dr. Meek said to The Times. “After that, it’s like, ‘Well, there’s no reason to continue breastfeeding.’” The new research proves otherwise.


Even still, most babies aren’t meeting that initial 6-month goal. According to AAP, more than 80% of U.S. mothers initiate breastfeeding, but by 6 months, 58% are still breastfeeding in combination with formula feeding, and just 25.8% are still exclusively breastfeeding. Only 35% of babies are still breastfed at 1 year.
It’s clear that more support is desperately needed to help encourage breastfeeding rates by the 6 month mark—and well beyond. That starts with pediatricians, whom the AAP suggests should have “nonjudgmental conversations” with parents about the benefits of breastfeeding, while also acknowledging that exclusive breastfeeding is not always possible for every parent/child dyad.
Related: AAP releases new 2022 safe sleep guidelines: Here's what parents and caregivers need to know
Pediatricians are encouraged to support any decision parents make around breastfeeding, as children can thrive on a combination of breastfeeding and formula feeding, or solely on formula feeding alone.
We also can’t ignore the fact that outside of pediatrician support, breastfeeding parents need more workplace flexibility and social support to help meet this milestone.
In the new policy statement, AAP encourages pediatricians to advocate for parents, supporting universal paid leave, insurance coverage for lactation support, the right to breastfeed in public, remote work and flex-work opportunities, on-site childcare, and the ability to work around a breastfeeding or pumping schedule, all of which are integral to breastfeeding success for working parents.
Establishing better breastfeeding support in the early months will have major dividends in terms of later breastfeeding success—and both baby and mother’s future health.
“Breastfeeding can be challenging for new parents, and support from their families, doctors and work places is essential,” Dr. Meek says. “The health benefits are vast and can be viewed as a long-term investment not only in a child’s development, but to public health as a whole.”