Everything you need to know about mewing 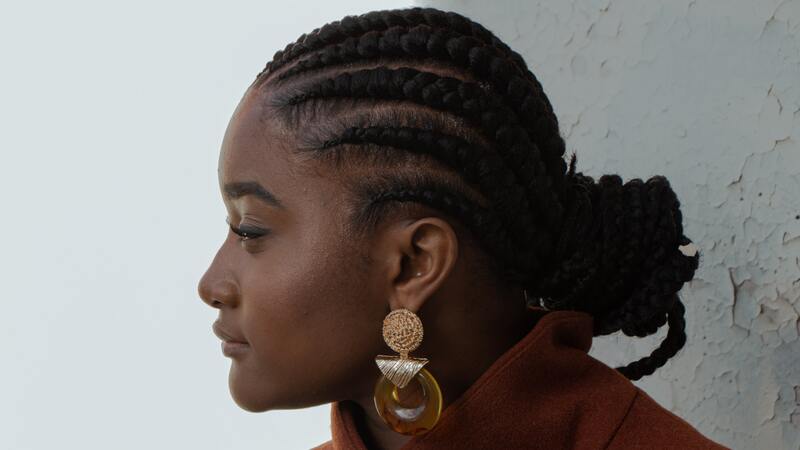 Woman of color side profile by Etty Fidele is licensed under unsplash unsplash
Mewing is a technique that uses the placement of the tongue to shape the jawline and face.

It is an increasingly popular technique on social media sites, but there is currently no scientific evidence to support it.

Here we explain the origin of the idea of mewing and look at whether there is any science behind it. We also provide alternative options for shaping the face.

Mewing is a technique that some people claim can improve the aesthetic of the jawline.

Mewing involves placing the tongue against the roof of the mouth while closing the lips and setting the teeth together.

The supposed benefits of mewing include a well-defined jawline and improved alignment of the chin and nose.

Anecdotal reports have also suggested that mewing can help resolve: According to internet sites that support the technique, mewing is simply the placement of the tongue against the roof of the mouth. The whole tongue should be resting on the roof of the mouth, sitting between the molars.

Mewing gets its name from Dr. John Mew, the orthodontist who came up with the technique and coined the term “orthotropics.”

His son, Mike Mew, is also a practitioner of orthotropics. Orthotropics is a practice that focuses on altering the jawline and face shape through facial and oral posture and exercises.

The General Dental Council recently took away John Mew’s dental license. They decided on this action due to Mew’s criticism of traditional orthodontic treatments, as well as his unconventional beliefs and practices.

Over the last 2 years, users on social media and video sites, such as YouTube, have increased the popularity of mewing as a technique to improve the jawline.

All support for the benefits of mewing so far comes from social media sites, which have no expert regulation on the topic.

Some articles and blogs have also warned of the dangers of becoming obsessed with mewing as a treatment technique. Mewing is not scientifically proven and may or may not provide the desired results.

Some anecdotal evidence reports visible results within a matter of months, but most sites agree that it could take years for a person to notice results, if they ever do.

Many social media mewing advocates are adolescents, whose faces and jawlines are likely to change naturally over the course of puberty, rather than as a result of this technique.

There is no evidence to support mewing as an alternative therapy to jaw surgery or other scientifically backed face shaping methods.

If people have a misaligned jaw, which doctors may refer to as malocclusion, they may need corrective jaw surgery. Jaw surgery is also called orthognathic surgery.

Surgery can help realign the upper and lower jaws by moving one or both of them backward or forward into an aligned position. People may also have braces on the teeth to help with alignment.

An orthodontist may prescribe certain jaw exercises to do after jaw surgery. It is important to follow these carefully to get the best results from the surgery.
For people who wish to shape their face for cosmetic reasons, facial contouring may be a suitable option.

Facial contouring, or facial sculpting, uses cosmetic surgery to alter the shape of the jawline, chin, and cheeks. A cosmetic surgeon may use botulinum toxin (Botox) injections and dermal fillers to change the appearance of the face.
A clinician will carry out a thorough consultation with the person and take a full medical history before treatment to ensure that it is safe.

Radiofrequency is another technique that people may use for face shaping. People sometimes use this technique to treat the drooping skin — called skin laxity — that can appear around the jaw and cheeks.

Radio waves produce a current of energy, which a clinician will apply to the skin. The radiofrequency causes heat damage to the skin, which stimulates increased collagen production in deep layers of the skin to repair tissue.

Radiofrequency procedures for skin laxity can vary widely, and there is still not enough evidence to confirm that they are safe or effective.

Read the full article: Medical News Today
Woman of color side profile by Etty Fidele is licensed under unsplash unsplash