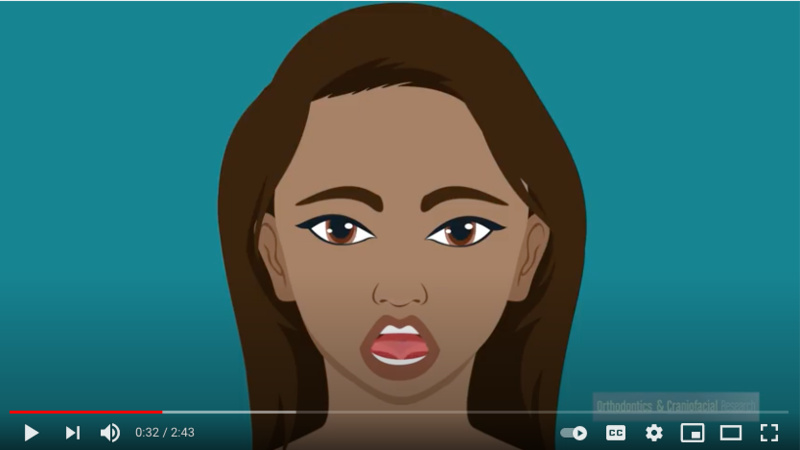 We eat and speak with them, but our tongues may be even more important than we think. In a condition called ankyloglossia, also known as tongue-tie, the tongue is tethered more tightly than normal to the bottom of the mouth by the lingual frenulum. While this is usually considered relatively harmless, new work from dental and sleep experts at UCLA and Stanford suggests tongue mobility is critical for proper development of the jaw and facial tissues.

In the study, researchers evaluated tongue mobility in 302 patients using the Tongue Range of Motion Ratio and the Kotlow free tongue measurement. All measurements were performed in triplicate to ensure consistency and accuracy. Each participant also had dental casts made and X-rays taken to capture anatomical features of the teeth, mouth, and face.

Most people had normal or only slightly diminished tongue ranges, although some had more severe restrictions. Reduced tongue mobility correlated with a smaller ratio between the intercanine width and the canine arch length, which may indicate underdevelopment of the upper jaw.

Contrary to previous suggestions, however, no association was found between ankyloglossia and position of the hyoid bone, a horseshoe-shaped bone in the neck that moves with swallowing, chewing, and breathing. The group also found no relationship between decreased tongue mobility and the classification of Malocclusion, which two small studies previously reported. But the lack of evidence for these associations doesn’t mean they don’t exist. While this study is one of the largest of its kind overall, there were few volunteers with severely restricted tongue mobility or with abnormally aligned teeth, which may limit some of the findings.

Nevertheless, the results do suggest the tongue plays an important role in development of the mouth and face, and if the tongue cannot move freely enough, people risk developing high-arched palates, a narrow upper jaw, and longer soft palates.
Read the full article: Research Square
Tongue mobility vid by N/A is licensed under Youtube Youtube